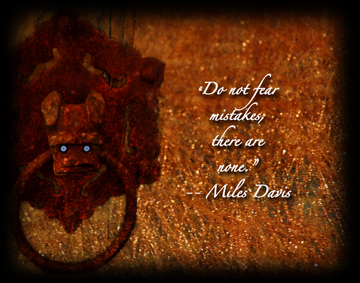 Every day I breathe in Joy and breathe out Fear.  I'm not sure it is possible to live without fear. It is probably hard-wired into us, and rightly so.  There are lions and tigers and bears in the world.  But joy, beauty, and surprising delights also lurk around every new corner.  We just have to keeping taking one step after another on our own path.  We can listen to our friend the rat but he has to be constantly reminded that he is not in charge.
Posted by Joyce Wycoff at 4:05 PM