Yesterday was the last day of the Festival of Guadalupe and the city was filled with pilgrims from all over the region who ran or biked here to show their devotion to the Virgin. It’s a lovely, noisy, chaotic time, filled with music, sirens, cannon-like fireworks sounding late into the night and beginning again early in the morning. Food, flowers, bright costumes and candles are everywhere.

Guadalupe is one of the most venerated of religious icons, especially to the campesinos of Mexico. Her story begins with Juan Diego, a poor farmer, who saw a dark-skinned apparition of the Virgin in the winter of 1531. She instructed him to visit the Bishop of Mexico City, ten miles away, and ask him to construct a church in her honor on Tepeyac Hill.

At first Diego was unable to gain an audience with the Bishop but again the Virgin visited Juan Diego and implored him to see the Bishop. This time he was successful but the Bishop demanded proof. Diego visited the same hill every day until December 12th when the Virgin appeared once more and told him to climb Tepeyac Hill to collect roses growing there.

Even though roses had never been known to grow on the rocky slopes and it was the dead of winter when roses would not flower, Juan Diego found the hill covered with blood red roses and returned to the Virgin with his arms overflowing. She filled his cape with the roses and bid him to visit the Bishop once more. When he opened his cape before the Bishop and the roses tumbled to the ground, it also revealed a beautiful painting of a dark-skinned Virgin with Indian features.

This proof of the miracle convinced the Bishop and the church was built and the famous cape is still on display.

The rest of the story … as with many a good story, the facts of this one are often in question.
The true miracle of the story may be how much this famous artifact with its likeness to the indigenous peoples of the region helped convert the people to a new religion and how deeply the Virgin is revered to this day. The Basilica of Guadalupe received 22 million visitors in 2010 and is considered the world's major centre of pilgrimage for Roman Catholics.
Here are photos from the day ... 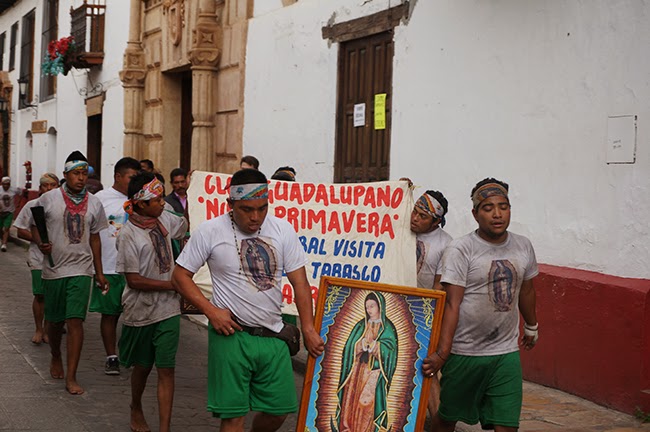 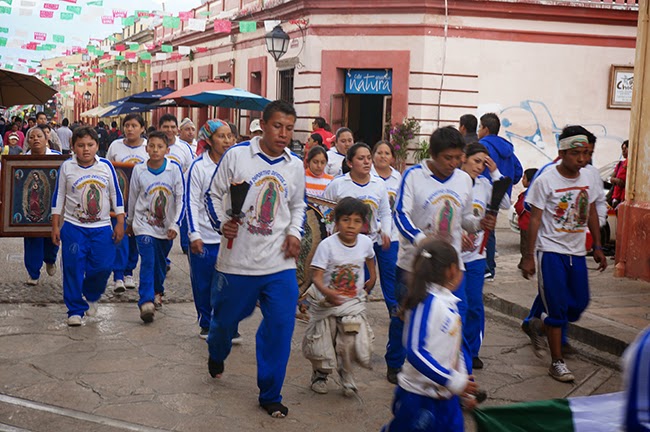 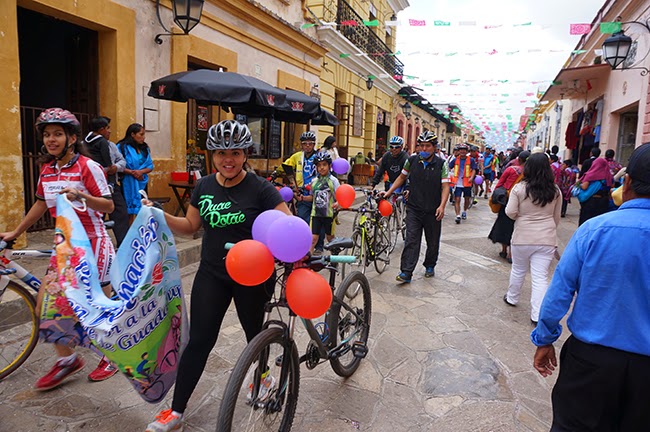 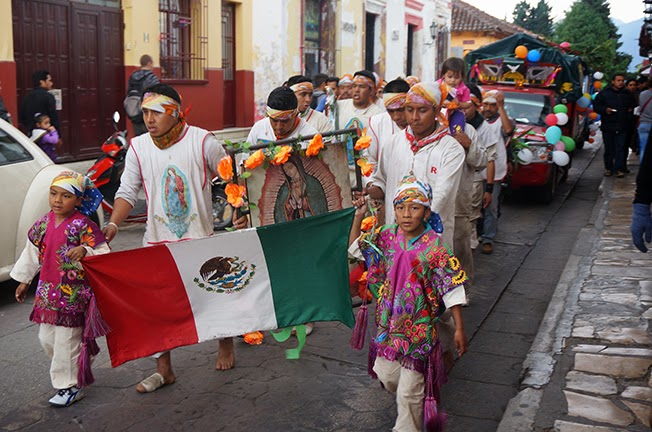